Our water safety campaign builds on previous year's campaigns focused around the stories of family members and friends who have lost loved ones to accidental drowning.

In the last five years (January 2017 to December 2021) GMFRS Firefighters have been called to 41 fatal water incidents. Sadly, a number of those who drowned (9 out of 41) were young people who got into difficulty after jumping into or swimming in open water across Greater Manchester.

Leeanne Bartley is one family member who is working with GMFRS and supporting the latest water safety campaign. Her 18-year-old son, Mark Allen, drowned in Debdale Park in June 2018 after going into the water. Leeanne, her husband David, and Mark’s eldest sister, Lauren Allen, each shared their experiences of what it is like to lose a loved one to drowning and living without Mark. 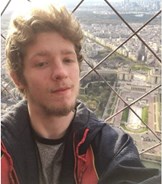 Natalie Lawson is also supporting the campaign. Her 16-year-old son, Paul, drowned in June 2017 after he went swimming with his friends in Greenbooth Reservoir. It was a hot day and the teenagers thought it would be a good idea to go into the water to cool off. Natalie bravely shared her story with GMFRS to help raise awareness of just how dangerous open water, such as reservoirs, can be.

Paul’s friends – Ben Hough and Jordan Yates – also shared their stories of losing a close friend. The pair continue to urge people not to go into open water as they talk about how their lives changed forever.

Also backing the campaign is Chris Jordan, uncle of Jack Pullen, who drowned in July 2016 at the age of 16 in the River Etherow in Broadbottom, near Hyde. Since Jack’s death, Chris set up the Jack Pullen Foundation, and more recently has developed interactive sessions on his website in a bid to educate more people about the dangers of open water. 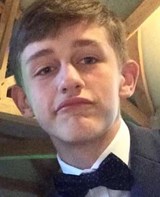 Chris and Jack’s sister, Fallon, talked with GMFRS last about how they lost Jack and the life-changing impact it had on their family.

Dylan Ramsay drowned on July 3, 2011 in a quarry near to Chorley, Lancashire, at 13-years-old. Dylan’s mum, Beckie Ramsay, has been campaigning to raise awareness of the dangers of open water since that time and has worked with GMFRS and Lancashire Fire and Rescue Service over the years. Beckie has also shared her story of losing Dylan as part of GMFRS’ campaign.

The dedicated water safety campaign includes lots of targeted social media activity, sharing the videos of family members and friends, and banners being put up in areas where young people have drowned or tend to visit with their friends. It also includes adverts in leisure centres near water hotspots, and digital screens in shopping centres and busy locations to reach more people.

How can you support the campaign?

You can help support the campaign by following GMFRS’ social media channels and sharing messages: @manchesterfire Twitter, Instagram: manchesterfire, and Facebook: GMFRS. #WaterSafety and #DrowningPrevention will be used during the campaign.

Use the social media toolkit (Word)

This year’s targeted water safety campaign will run alongside Safe4Summer (opens in a new tab) partnership campaign in Greater Manchester – which includes water safety in more broader terms and advises people about the dangers of open water.

Find out more about Royal National Lifeboat Institution's (RNLI) Respect the Water campaign (opens in a new tab), which includes information on what you should do if you get into difficulty in water.