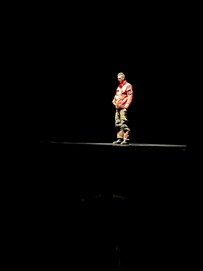 "I want to tell you about an incident I attended which I will never forget. We got called to a road traffic collision on the M60 motorway around 5 o’clock in the afternoon. It is quite common to hear radio chatter on the way to a job but this call out was different, there was silence which tells me from experience that this was going to be a serious accident.

"I want you to try and picture the scene, imagine being on a busy motorway like the M60 in rush hour and it being empty except for three smashed up cars, it was eerie and very quiet.

"It transpired that two of the cars driven by young people were racing each other along the motorway and had collided with the third car and a motorbike – the biker was killed instantly through no fault of his own. Along with the scene and the look on people’s faces, what I found on the floor will stay with me forever. I found a drivers licence and a receipt belonging to the biker, he was only 20 and the receipt was for an eternity ring he had bought that day. That ring never reached the intended person and being the week before Christmas made it even more upsetting.

"The actions of those people racing that day had catastrophic consequences. Their desire to impress friends or talk about their race on social media must have seemed more important than keeping safe. Or was it just the mentality that 'It won’t happen to me, I’m a good driver'. Well their decision to race cost a man his life and devastating effects for his girlfriend and family for ever.

"Enjoy driving, but remember my story and drive safely and within your limits.

"If you have a need for speed keep it on the X Box." "I deal with many types of emergency but what I feel are some of the toughest emergencies to deal with are car crashes and particularly those involving young people.

"I recall one incident when a young driver was in a really bad way, with serious leg and head injuries. I will never forget that sight. It was clear at that point that the driver would most likely have severe and life changing injuries.

"The impact that this would have on any person as a driver and also their family and friends is horrifying. I can’t drive up that road now without remembering what happened that day." 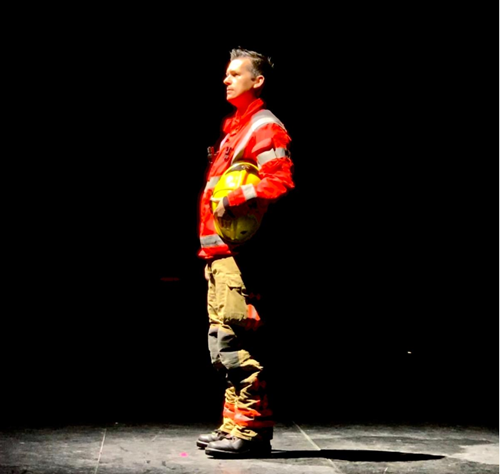 "My heart sank when we arrived at the incident. The car, looked like a banana around the tree, the driver’s seat was now replaced by the tree, I could smell oil and petrol. I could see four people on the pavement. One young man was sat up with serious head injuries, and three people were laid down, one covered with a blanket and no one around them.

"I heard someone behind me, talking about the casualty under the blanket 'young girl, approximately 16 years old, pronounced dead at the scene' - another young life needlessly lost.

"I helped the ambulance crew treat the driver. I could smell alcohol on his breath. When we put him in the ambulance, a phone dropped out of the young man’s pocket, and as it hit the floor I saw, ‘MUM calling’ flash up on the screen. I knew he was probably never going to answer that phone again.

"Even if he somehow survived, his injuries would be life changing and the lives of his parents, family and friends would never be the same again

"Please, think about who you get into a car with and never get in with a person who has been drinking." "I remember this incident as if was yesterday, some of the images I remember nearly every day.

"We’d received a call to an RTC involving two cars, at a place we had attended many times before. As we pulled up on scene it became clear the cars had hit each other head on.

"The young family in one car had all been wearing their seatbelts and the two children were strapped into child seats. They were shocked but none of them were injured.

"In the other car were five young men, and because none of them had their seatbelts on they had been thrown about and suffered horrendous injuries. And sadly three of them had already died at the scene.

"How long would it have taken them to put their seatbelts on? Three seconds?

"By wearing seatbelts and not driving as fast they wouldn’t be in the situation of needing the Emergency Services. It was all so avoidable, but the decisions made that night meant that three young men needlessly lost their lives, devastating the lives of their friends and families.

"Not only that, but the lives of two other young men just starting out in life would be changed forever.

"Always make sure you wear your seatbelt both front and rear seat passengers when out driving. It’s there for a reason."