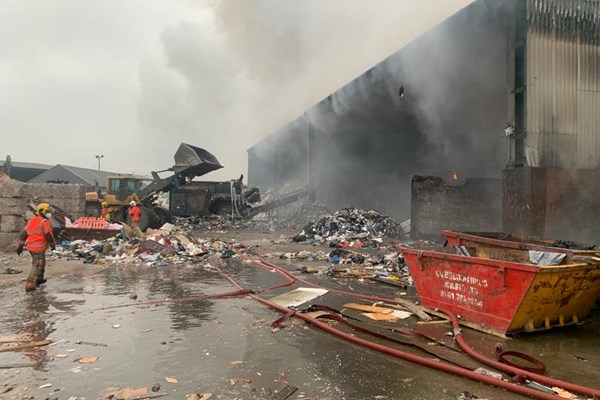 Firefighters have been working tirelessly over the weekend and through today fighting multiple moorland fires across Greater Manchester.

The smoke from the fires is not dangerous but local residents should continue to avoid the affected areas and keep windows and doors shut as a precaution.

Crews have been praised for their efforts, including near the village of Uppermill, where they worked through the night to stop the fire spreading and kept properties safe.

People are now being urged to act responsibly on the moors and to especially not use any barbecues.

Today (Tuesday 23 April) Group Manager Phil Nelson said: “Our crews have done a fantastic job to stop these fires from spreading and worked tirelessly across the weekend and through the night to keep our communities safe.

“We want people to be able to enjoy the moors but I would ask them to do so carefully and responsibly. People should not take barbecues up onto the moors and should not be lighting any naked flames.”