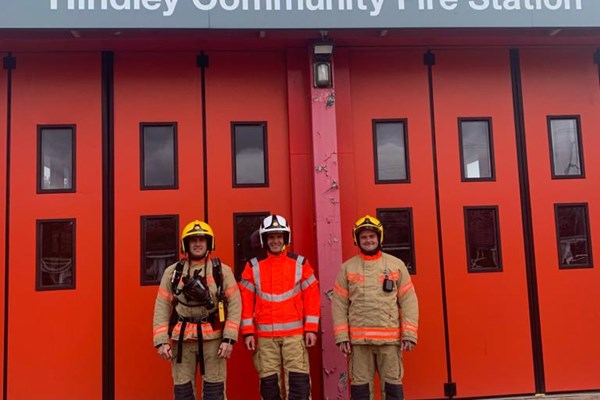 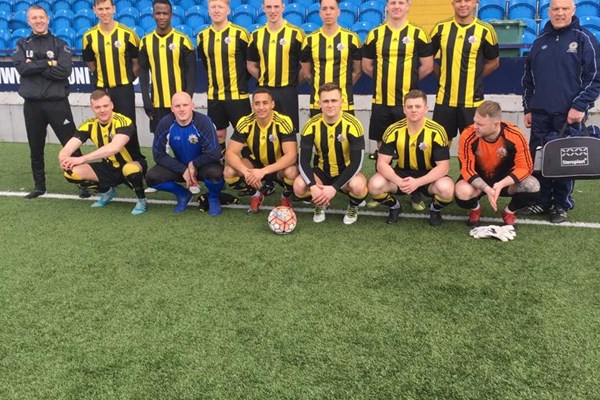 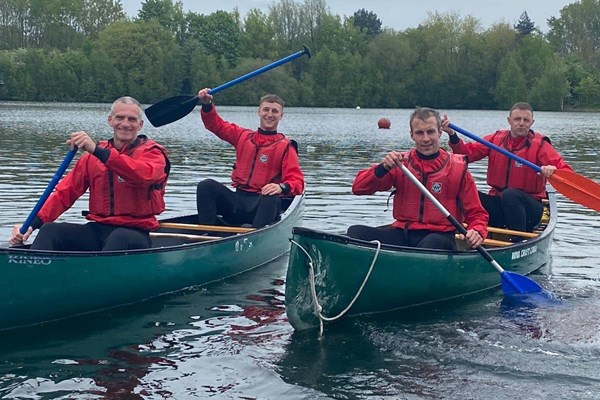 FIREFIGHTERS from Greater Manchester Fire and Rescue Service (GMFRS) and Grenfell Athletic, a team made up of survivors of the Grenfell tragedy, are going head-to-head in a special one-off charity football match tonight in Gorton.

Mayor of Greater Manchester, Andy Burnham, will also join the GMFRS team, for the pre-season friendly match at Abbey Hey Football Club on Friday, 30th July. Before the match, both teams will hold a 72 second silence in memory of those lost in the devastating fire. All donations will go to Grenfell Athletic, to fund the development of the football club, and The Fire Fighters Charity.

Grenfell Athletic was set up following the tragic fire at the 24-storey Grenfell Tower block of flats in North Kensington, London, on 14 June, 2017, which caused the deaths of 72 people. The inspiring team aims to support the mental health and solidarity of the group of young men who make up the squad, as well as the families who were bereaved that day.

The team are currently touring the UK and will be playing football matches against other Fire Service football teams, including Tyne and Wear and Merseyside Fire Team.

GMFRS players will be wearing a unique kit which contains the names of UK Firefighters who have lost their lives in the line of duty.

“It is inspiring that something as positive as Grenfell Athletic has been created following that terrible night and the team is doing great things to support those struggling with the effects of the tragedy. But it says so much about the Grenfell families that they are also showing their support for our firefighters. Football is a great way to bring people together and I am looking forward to pulling on my football boots for these two great causes.”

Rupert Taylor, Founder of Grenfell Athletic, said: “Grenfell Athletic has played an important role in helping the mental health of our family (players), who continue to live with the trauma of that day. The tour is a chance for our family to spend time away from W10, W11.

“We are looking forward to joining Manchester Fire and Rescue Service and the Mayor this Friday on the pitch. Our team will always feel a strong connection to the fire service and the football match is a great way to join forces, strengthen those bonds and form new friendships with GMFRS.”

Paul Lomax, Captain of GMFRS football team, said: “The Greater Manchester Fire Service football team and our supporters feel very privileged to be sharing the football pitch with the Grenfell Athletic team and to raise money to support those affected by the tragedy.

“The event is open to all members of the public and we would really like to see a great turn out to give both teams the support they deserve.”

GMFRS are also using the opportunity to raise awareness of fire safety in high-rise buildings and the ongoing work of Greater Manchester’s high-rise taskforce.

Following the Grenfell fire, Mayor of Greater Manchester Andy Burnham set up the Greater Manchester High Rise Task Force to provide fire safety reassurance and to ensure all residents homes were made safe as quickly as possible. Led by Salford City Mayor Paul Dennett, the task force works to offer support to ensure every high rise is safe and receives the right fire safety advice.

Paul Dennett, Salford City Mayor and Chair of the Greater Manchester High Rise Task Force said: “Four years have passed since 72 people tragically lost their lives in the Grenfell Tower fire and we must ensure this is never repeated again. In that time Greater Manchester has identified more than a quarter of high-rise buildings in the city-region with serious fire safety failings, requiring them to change the evacuation strategy.

“Since the launch of the High Rise Task Force we have worked tirelessly to ensure every tower block across Greater Manchester has been inspected and necessary steps taken to ensure the immediate safety of residents in the case of fire and that all residents have received information about their blocks.”

“A big thank you goes to the teams and all who have organised this football match and event. The money will go to such great use.”

GMFRS crews have also issued a warning following a number of fires in the city-region caused by the use of disposable barbecues on balconies, cigarettes thrown from balconies and a resident even burning paperwork.

Residents living in high-rise buildings with balconies are advised to not use a barbecue under any circumstances, do not store flammable materials like gas and to ensure cigarettes are stubbed out and never flicked from a balcony.

The match is taking place at Abbey Hey Football Club, Goredale Avenue, M18 7HD, with a 7.30pm kick off. Members of the public are invited to attend, first come first served, with a £5 donation on the door.