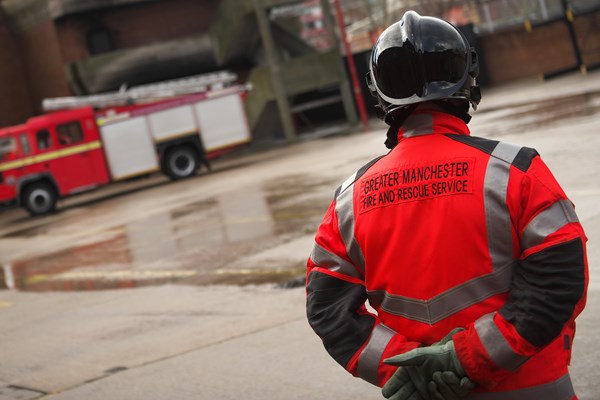 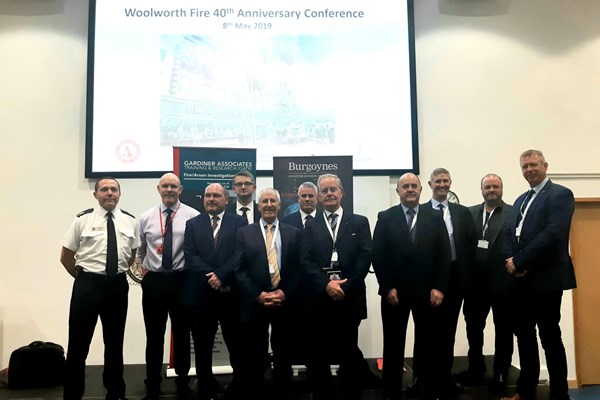 THE 40th anniversary of the Woolworths fire in Manchester was marked with a conference for staff members from fire and rescue services across the country and those who work in the field of fire investigation at Greater Manchester Fire and Rescue Service’s training and development centre.

The event, on May 8, 2019, was arranged by staff members from Greater Manchester Fire and Rescue Service in partnership with sponsors to coincide with the anniversary of the tragic and historic incident which claimed the lives of 10 people in 1979.

The blaze is thought to have started by a damaged electrical cable, and ended up having great implications on the future of fire safety in Britain. The fire is believed to have ignited a piece of furniture, with the polyurethane burning rapidly – reaching temperatures of around 700c.

The fire was brought under control by firefighters after several hours, with 47 receiving hospital treatment, 27 people being rescued by the fire service and 10 people losing their lives on scene.

The conference focused on investigations into the devastating fire, and also the subsequent changes in the furniture regulations - with a number of guest speakers sharing knowledge and experiences with attendees.

The event was opened by Dr Chris Foster, from Burgoynes, who presented on his original investigation into the Woolworths fire.

Next on the agenda was a session led by the Fire Protection Association looking at the changes to the furniture regulations and tests that are carried out.

Watch Manager Mike Broadley from GMFRS said: “I was looking into the history of the Woolworths fire a couple of years ago and we decided to arrange an event to mark the 40th anniversary – focusing on the fire investigation carried out following the blaze, furniture standards, and also the human factors around the reasons why people didn’t evacuate straight away.

“Working with The Institution of Fire Engineers (IFE) Manchester group and United Kingdom Association of Fire Investigators (UK-AFI) we planned the event which included a number of guest speakers such as Dr Chris Foster from Burgoynes, David Crowder from Building Research Establishment, Phil Reynolds from Fira and GMFRS fire officer Steve Wilcox.

“While planning the conference I also approached Mr Bob Graham and interviewed him, as he had led the original investigation and was instrumental in the furniture regulations being changed in the 1980s.”

The investigation conducted following the blaze played an important role in The Furniture and Furnishings (Fire Safety) Act coming into effect in 1988 after Mr Bob Graham’s campaigning. The Act forces manufacturers to use flame-resistant foam when making products.

WM Broadley continued: “A number of key factors were prevalent during the fire investigation - fire exits had been blocked inside the Woolworths store, there were no sprinklers, and also the furniture being piled up in front of heaters in a small space.

“Following the investigation and the introduction of The Furniture and Furnishings (Fire Safety) Act, furniture stores were required to have sprinklers and staff members trained accordingly.”

The first afternoon session was run by British Research Establishment, who talked about fire tests conducted following the investigation into the fire.

The event was also attended by retired firefighter Bob Bonner, who oversees GMFRS’ museum in Rochdale, and concluded with a session about human behaviour and decision making by Steve Wilcox, who is also a serving member of GMFRS at Bury.

All speakers received a gift from event organisers and sponsors at the end of the event.

We would like to thank our sponsors UK-AFI, IFE, Burgoynes, Gardiner Associates and the Elektric Apple for their support.