Firefighters remained at the scene of a primary school fire in Red Lane, Bolton over night as crew monitored the area for any remaining pockets of fire.

Thermal imaging showed the blaze to be fully out at around 8.00pm last night with one fire engine remaining at the scene this morning as fire investigators continue to work with colleagues from Greater Manchester Police to establish a cause.

Firefighters and other emergency service personnel will remain at the scene of a fire affecting a primary school in Bolton overnight, with the investigation into the cause to resume at first light.

Crews from Bolton Central and Bolton North stations will keep the area around Red Lane Community Primary School secure and perform regular patrols of the perimeter of the site, as well as checking the fire affected school building for any potential pockets of flame or structural deterioration.

An initial investigation of the scene of the fire has been completed and will resume tomorrow. Very little smoke remains in the air so local residents are able to reopen doors and windows, while Red Lane itself will soon be opened to traffic.

Crews remain at the scene of a fire at a primary school in Breightmet, Bolton.

Firefighters were first called to a blaze at Red Lane Community Primary School at 1.44pm and immediately engaged in battling flames across a 75 metres by 60 metres area.

The fire has now been extinguished; engines from Bolton Central, Bolton North, Horwich, Farnworth, Bury and Whitefield remain at the scene.

At its height crews used three hoses, a jet, six breathing apparatus and ventilation fans to tackle the incident.

Station Manager John Pratt, Incident Commander on Red Lane, said: "Our firefighters did an excellent job tackling a blaze which was well alight when we first arrived.

"Crews isolated the fire and extinguished the flames in four separate sections of firefighting, which proved a very effective method of extinguishing this fire. Our prompt action means a large portion of the school has been untouched by fire damage.

"Colleagues from Fire Scene Investigation are currently assessing the scene to work to establish a cause. GMFRS and our emergency service colleagues will be here in Breighmet into the evening."

Greater Manchester Fire and Rescue Service (GMFRS) is currently at the scene of a fire at Red Lane Community Primary School on Red Lane, Breightmet, Bolton.

Having received initial calls at 1.44pm, eight crews were quickly mobilised – two from Bolton Central fire station and others from Bolton North, Broughton, Bury, Farnworth, Ramsbottom and Whitefield – and soon established that the single storey school building was well alight.

GMFRS are currently tackling a blaze at the rear of the school measuring 75 metres by 60 metres and have split the firefighting into four separate zones to ease containment.

Firefighters wearing breathing apparatus are conducting a methodical search of the school premises. Three hoses are currently in use with further jets soon to be established.

There is a light wind blowing northeasterly; local residents are asked to keep their doors and windows closed until informed otherwise by the Fire and Rescue Service. 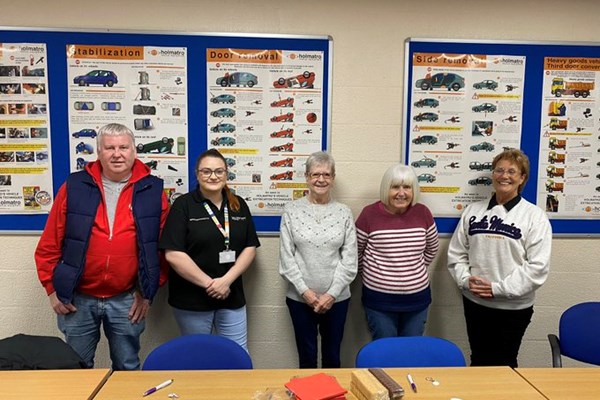 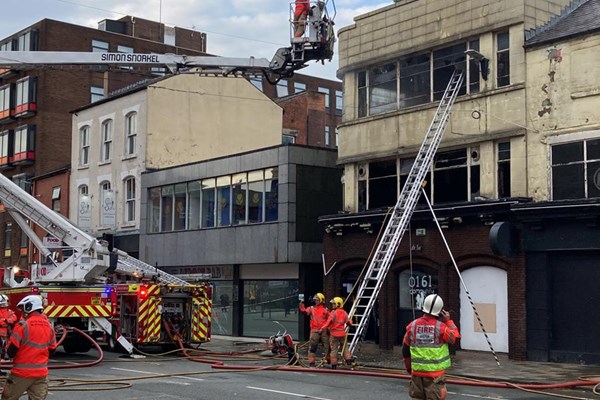