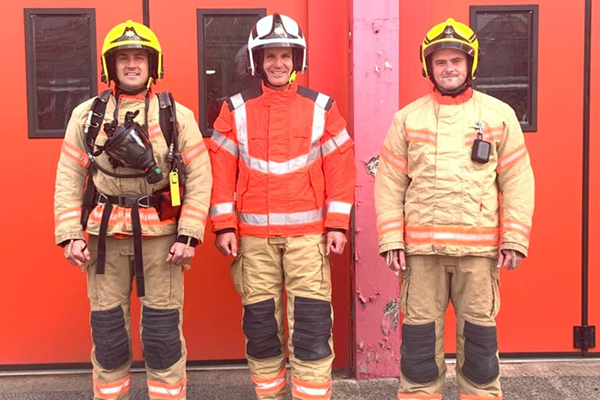 Firefighters have completely extinguished the fire and have left the scene on Newton Road, Manchester.

Nearby roads have now been reopened.

Station Manager Merl Forrer was in charge of the incident.

Merl said: “Our crews did a really good job and worked hard to make sure the fire didn’t spread to more of the building.

“We evacuated the building earlier as the smoke spread but we have now cleared the remaining smoke thanks to the incredible work of our firefighters.

“The sprinkler system at the diner helped to suppress the fire, allowing our crews to do their jobs quickly and efficiently.”

Crews attended from Manchester Central, Moss Side, Gorton and Salford, alongside the Technical Rescue Unit from Leigh, and were on the scene for approximately three hours.

AT 9.28am crews were called to reports of a building fire at Alabama's American Diner, on Newton Street in the Northern Quarter, Manchester.

At it's peak seven fire engines and the command support unit were at the incident. They made use of six breathing apparatus and three hose reels to help bring the fire under control. Firefighters remain at the incident and are currently putting out the last small pockets of flames.

Newton Street is currently closed southbound at the junction with Dale Street so please try to avoid the area.