Firefighters have worked through the night to contain a house fire in Milnrow.

Two fire engines are currently at the incident, which began at 10.39pm last night (Tuesday 26 February), and covering jets are being used to keep the fire under control.

Work is ongoing to isolate the gas supply so firefighters can continue fighting the fire.

A cordon remains in place.

Crews have continued to work hard to tackle the house fire on Lilac Avenue, Milnrow.

The incident is now being scaled back to four fire engines, and an aerial platform is being used to fight the fire from above.

Firefighters will remain at the incident throughout the night and a fire investigation will begin in due course.

We currently have ten fire engines and specialist appliances tackling a house fire on Lilac Avenue in Milnrow.

Firefighters were called at 22.39pm on Tuesday 26 February to a fire in a terraced house, which had spread to four neighbouring properties.

Crews are using eight breathing apparatus, two hose reels and a covering jet to contain the fire, which is a suspected gas explosion. Work is ongoing to isolate the gas supply and stop the fire spreading.

There is a cordon in place and people are advised to avoid the area. Residents in five neighbouring houses have been evacuated.

Police and NWAS are also in attendance.

Six people - three adults and three children - have been taken to hospital suffering from smoke inhalation. 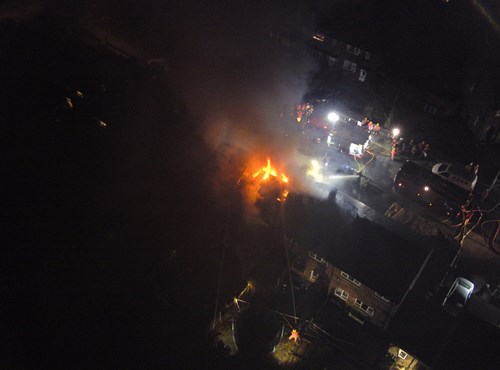 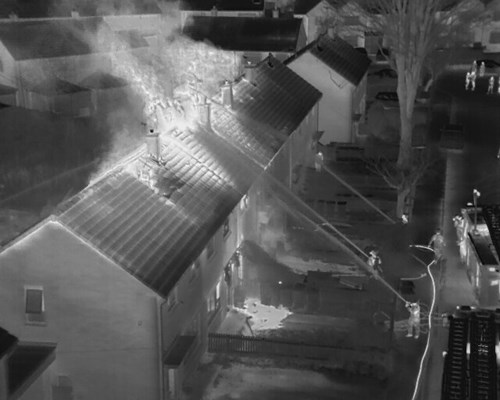