GREATER Manchester firefighters were called to a block of student flats as part of their first high rise building exercise of 2022. 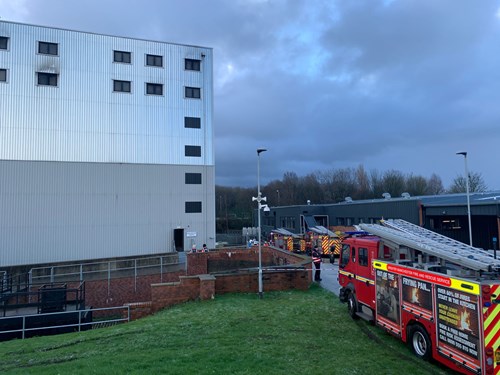 During the mock incident, crews were greeted by smoke billowing from fifth-floor windows of fictional student accommodation ‘Manchester Towers’, with reports of casualties and a person unaccounted for.

The training session saw ten fire engines and specialist appliances, including an aerial appliance, mobilised to the scene with fire crews searching the building and tackling the blaze.

The organisation’s TSC allows the Service and its partners to carry out large-scale exercises simulating realistic, and often complex, incidents. Huge refurbishments are currently underway at the centre and will see the introduction of a cutting-edge Incident Command and Leadership Development Academy later this year as part of the GMFRS’ Estates Improvements Programme.