Around 6am this morning we were called to reports of flooding on Oxford Road, Manchester. The flooding is caused by a burst water main and is creating substantial disruption to the local area. Oxford Road is closed between Booth St and Grafton St and six fire engines and a Command Unit are in attendance.

United Utilities are at the scene alongside Greater Manchester Police, Manchester City Council and representatives of the University of Manchester.

There is currently no impact on access to the hospitals nearby.

Shortly before 0900 this morning United Utilities have successfully isolated the burst pipe.

Several buildings have been flooded and firefighters are working hard to minimise damage and remove flood water. 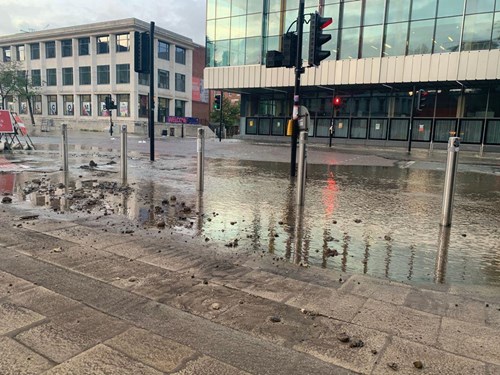