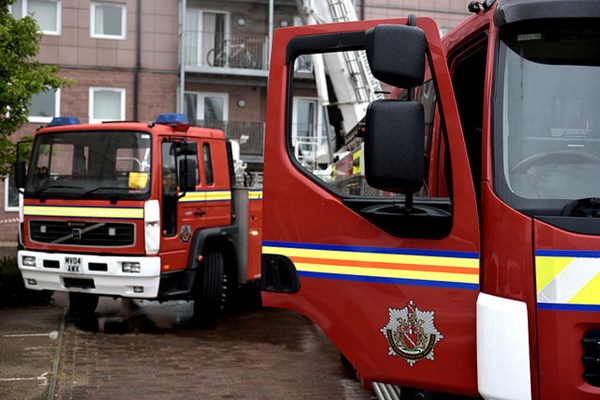 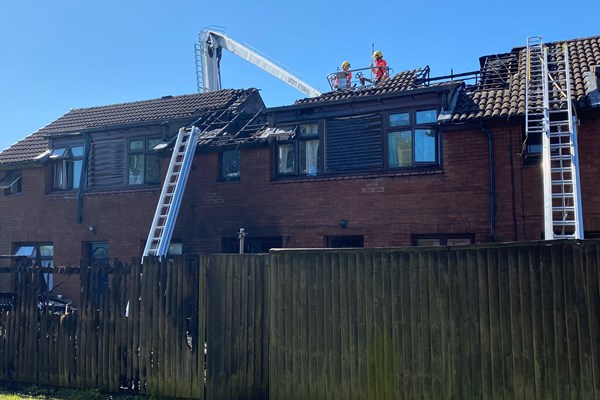 Crews are working to extinguish the final hotspots at derelict library fire in Bolton.

Firefighters worked through the night and into today to tackle the fire and bring it under control. It involved the ground floor and roof space and at its height five fire engines and two aerial appliances were at the scene.

One crew from Broughton remains at the incident and are in the process of extinguishing the final hotspots.

Searches of the building have also been carried out and no people were found inside.

The cause of the fire is currently under investigation.

Firefighters will be at the scene of a fire at a derelict library in Bolton through the night.

Aerial platforms, allowing crews to fight the fire from above, are making significant inroads at the Bradford Road incident.

The tactical plan to separate the fire into four distinct areas of firefighting has had a positive impact with crews working to isolate flames to the rear of the structure.

Nonetheless, all four sectors remain active and crews continue to battle the blaze from the outside rather than entering the unstable building.

“I want to praise crews for responding so swiftly to tonight’s emergency and for successfully containing the fire, which is now very unlikely to spread to neighbouring buildings.

“Thank you to the local community, who have allowed emergency service personnel to go about our business speedily and get this situation under control.”

There remains thick smoke in and around Bradford Road, Smedley Avenue and Woodfield Street. Local residents are still requested to remain indoors and keep windows and doors shut until advised otherwise.

Having first been called at 10.14pm this evening firefighters from Atherton, Farnworth, Bolton North, Bolton Central (two engines) and Manchester Central fire stations are currently fighting a fire which has spread across the single storey stricture. The blaze currently measures 30 metres by 20 metres and flames have caught hold in the roof.

Firefighting currently involves the use of four jets and breathing apparatus, supported by two hydraulic platforms from Stretford and Manchester Central to fight the flames from above, and is ongoing.

A section of Bradford Road remains closed to traffic and, with smoke in the air, local residents are encouraged to remain indoors and keep all doors and windows closed.