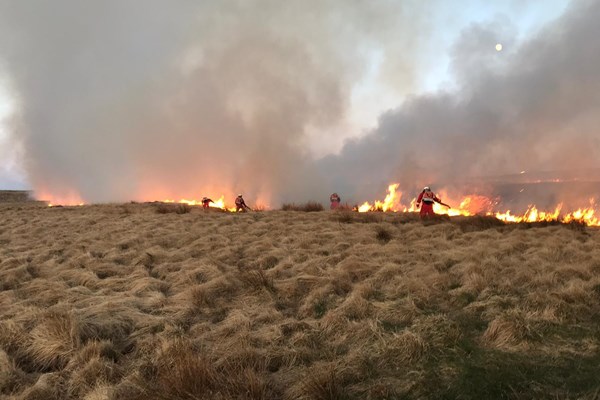 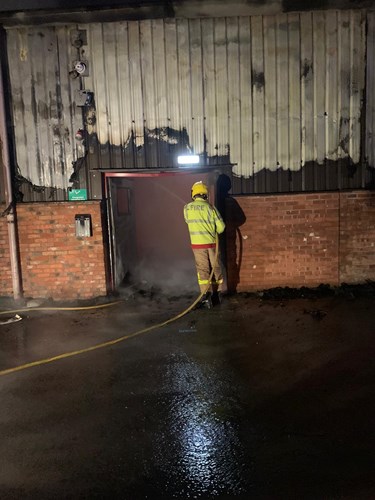 Fire crews from across Greater Manchester and Cheshire have worked overnight to bring a large fire at a commercial property on Moor Lane, in Woodford, Stockport, under control.

Firefighters were called to reports of a commercial property on fire on Moor Lane, in Woodford, Stockport, at approximately 6.15pm on Monday, 8 February.

Four fire engines from Cheadle, Stockport, Marple and Offerton stations, alongside two from Cheshire, quickly arrived to the scene. Upon arrival fire crews found the building was well alight across two storeys. 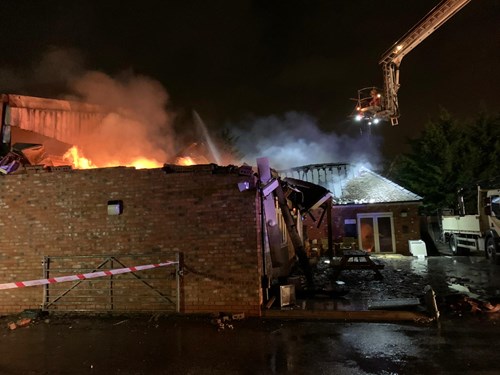 Residents in the area are being advised to keep their windows and doors shut as a precaution due to smoke. Fire crews remain at the scene.

“The public are advised to avoid the area for now and keep doors and windows shut. It is anticipated the fire service may be in attendance for a number of hours through the night.”