APPRENTICE firefighter, George Shuttleworth, based at Offerton Community Fire Station has been nominated for a national award.

The Education and Skills Funding Agency (ESFA) is working with the Royal Navy this year to showcase inspiring stories of apprentices who have gone above and beyond during the COVID-19 pandemic. 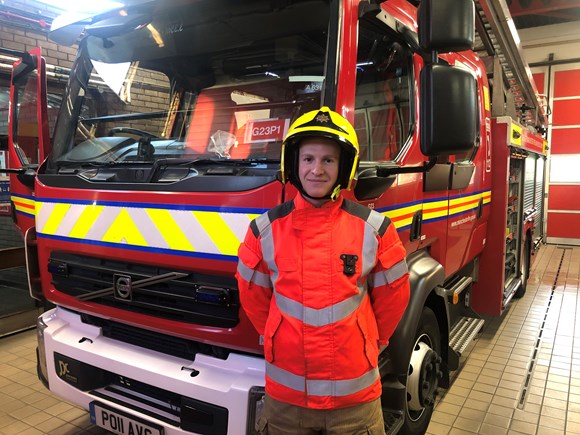 Over the last seven months George has continued his role as a firefighter with Greater Manchester Fire and Rescue Service (GMFRS), which includes continued training as part of the apprenticeship scheme he is currently completing, along with attending operational incidents such as road traffic collisions and building fires.

George supported colleagues at North West Ambulance Service (NWAS) dealing with a number of patients who had tested positive for COVID-19 through volunteering at the Nightingale hospital in Manchester city centre, taking on a number of shifts - both in the day and at night - to help do his bit towards supporting people through the pandemic. 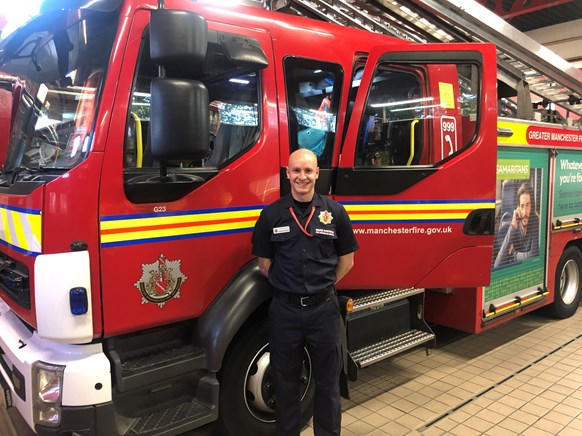 George’s Watch Manager Watch Manager Simon Dowling said: “George was only four to five months into his role as a firefighter before he volunteered to work at the Nightingale hospital.

“His attitude to work has been fantastic. George wants to learn as much as he can to improve and he has settled into the watch well and is a valued member of the crew.

“George’s attitude towards other members of the watch has been excellent and he has used others experience to assist him both operationally and in training. I believe he has the attitude needed to be successful during his apprenticeship and going forward in his career with GMFRS.”

Good luck to George with his nomination!